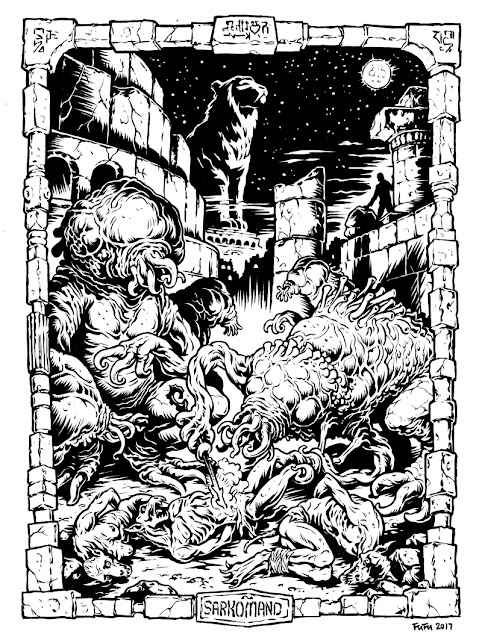 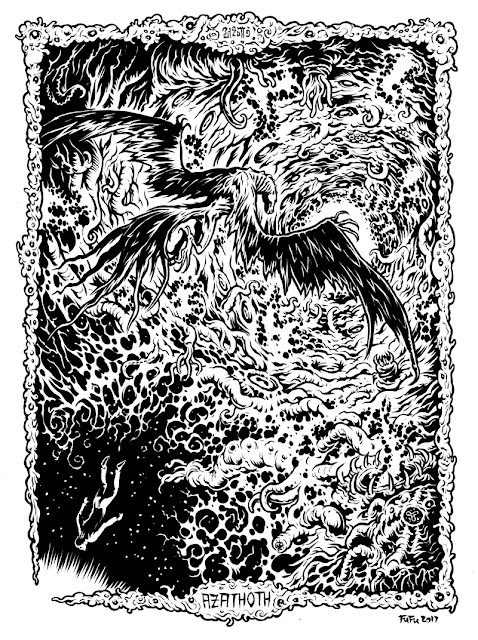 "Thick though the rushing nightmare that clutched his senses, Randolph Carter could turn and move. He could move, and if he chose he could leap off the evil shantak that bore him hurtlingly doomward at the orders of Nyarlathotep. He could leap off and dare those depths of night that yawned interminably down, those depths of fear whose terrors yet could not exceed the nameless doom that lurked waiting at chaos’ core. He could turn and move and leap—he could—he would—he would—
Off that vast hippocephalic abomination leaped the doomed and desperate dreamer, and down through endless voids of sentient blackness he fell."
Eingestellt von Human Mollusk um 00:41